Shepherd’s Call was established in 2006 with a vision to develop healthy servant leaders, build the capacity of local churches and promote community development. A key part of their strategy is through Theological Education by Extension (TEE) study groups and Community Development. Their ultimate goal is to build mature believers who in turn are able to disciple others based on the 2 Timothy 2:2 model. Shepherd’s Call has a strong relationship with local churches throughout the country.

Shepherd’s Call was established in 2006 with a vision to develop healthy servant leaders, build the capacity of local churches and promote community development. A key part of their strategy is through Theological Education by Extension (TEE) study groups and Community Development. Their ultimate goal is to build mature believers who in turn are able to disciple others based on the 2 Timothy 2:2 model. Shepherd’s Call has a strong relationship with local churches throughout the country. Their focus on holistic discipleship, contextual outreach using oral Bible storying, and community development is bringing transformational change to the local church and communities.

Central Asia came into focus after the collapse of the Soviet Union in 1991, but the history of the region’s people goes back more than 3,000 years. Central Asia’s claim to fame to this day remains the Silk Road where cultures, races and religions intersected on this historic trade route. Christianity predated Islam in Central Asia. Nestorian Christian missionaries traveled the Silk Road to carry the Good News to these lands. But then the Islamic and Mongol conquerors came, bringing a violent and profound change to the culture and religious beliefs of the people. Today, most Central Asians identify strongly with Muslim culture, but their actual religious practices vary in strength.

Over the last 20 years, many changes have occurred in the region. The break-up of the Soviet Union brought new leaders to power, and each country began to open to outside influences. Currently, there are at least 40,000 evangelical believers from Muslim background in Central Asia. Growth in the local church has slowed in the last few years due to persecution, government restrictions and materialism. Major societal issues throughout the region include widespread unemployment, migration, and human and drug trafficking, yet all of these issues provide opportunity for local believers to impact society with God’s love. 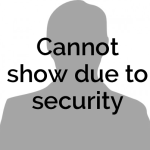 Cross-Cultural Ministry in the Same Country

It turns out that one does not need to travel far to gain cross-cultural experience. As part of our effort to reach the unreached, we are serving a nearby unreached…

Isolated But Not Forgotten

SAM Valley* is a remote area surrounded by mountains higher than 13,000 feet. Though only 100 miles from the capital, it is not easy to get there. The road is…

A Work of the Heart

Greetings from Central Asia, the place of mixed cultures and traditions, rites and customs, plus those of the State. We are seeing how God moves people to His Kingdom. This…

Jani, one of our church leaders, received funds from Partners International to buy sewing machines for her small business. The funds were given by faithful supporters. Jani has built up…

We praise the Lord that Partners International helped Emma*, one of the church leaders, buy a sewing machine to start a small business. It is something she never could…

Shepherd’s Call team focuses on community transformation. One of our success stories has to do with our center for children with disabilities. The great thing about this center is, it…

Families United, No Longer In Shame

We live in a shame-based culture People are terrified of what others think about them in Central Asia. People tend to hide things that, according to their understanding, people might…

Many years of partnership with PI has helped us to understand more about community development, and has helped us work on our own approaches to assisting communities in Central Asia….

Two years ago, a family of missionaries moved to the north-east region of the country to minister to the Alma people group, who are a minority in the region. For…

What do you see when you look at this picture? Emptiness? Drought? Desert? In many ways this is a reflection of the spiritual situation in one of the most remote…

The mission is to promote a physically healthy, emotionally rich, and spiritually developed future generation of Central Asian believers. Their vision is to bring Jesus into the homes of children all over Central Asia and to see the Body of Christ growing and multiplying. 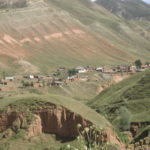