Indonesia is the fourth largest country in the world, with more Muslims than in the entire Middle East. Many Muslims live in superstition and fear that is rooted in ancient animistic and cultural beliefs. Their religious practice is often a syncretistic mix of animism and Islam.

Indonesia is the fourth largest country in the world, with more Muslims than in the entire Middle East. Many Muslims live in superstition and fear that is rooted in ancient animistic and cultural beliefs. Their religious practice is often a syncretistic mix of animism and Islam.

One of the major challenges in reaching Indonesia’s Muslims is not theological, but sociological. Believers are viewed as leaving their local culture, and thus often suffer painful ostracism from family, friends, and cultural traditions. Also, church planters’ past experience with Christianity is influenced by the West, including a worship style far removed from their local context. Thus, it is critical to share the Gospel in a way that is both biblical and relevant to their culture.

Although there has been an upsurge in Muslim fundamentalism, local Christian leaders believe that now is the time to reach Indonesia’s unreached people groups.

Never miss a fresh update - subscribe to this Ministry Updates by clicking "Follow" to the right and we'll email you whenever a new update is posted!

Recently, Mr. T shared how spiritual care at his Indonesian church is actually improving during Coronavirus. Before the virus hit, Mr. T had trained ten leaders at his Bible College…

Sunda Arts Center Andy* often watches our TV show while he works as a night security guard. He said that he wasn’t intentionally looking for a Christian program, but he…

Sunda Arts Center – Praise Aulia* contacted us because of unanswered prayers. She has persevered in prayer for a long time, but God has remained silent. She told us she…

Selling Vegetables and Sharing the Gospel

Berty* is a traveling vegetable salesman. Last month he was going around selling as he usually does, but this time he added something new. He was also sharing the Gospel…

We hosted a Christian Cultural Arts Festival in a local Art Center. There was an Islamic leader, an ustad, who attended and competed in the Festival with his family. I…

Today I took a trainee Greg* to two different towns to do some evangelism. We shared with two men, one in each town. One interesting thing about the man in…

Earlier this month, thirty nine men and women graduated from our lay leader training program. The graduates were all ages, from four different training locations. It was heartwarming to hear…

Our Cultural Arts Center creates, records, and performs Sundanese art forms (music, drama, dance, and comedy), all with the goal of contextualized evangelism and worship. Current programs include evangelistic television…

Dimas* is an elder from a church in Central Java who has been studying in our Bible training program. He initially came to one of our preaching seminars after his…

Last Saturday, Dottie*, one of our staff members at our media productions, arranged a ride home with an Uber driver on motorcycle. These phone-based ride services have become very popular… 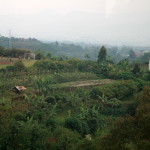