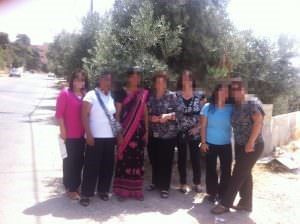 The Middle East Prison Ministry team didn’t do prison visitations in July, but we helped two inmates who were released during the month to travel back to their home countries.

The first inmate was Mr. R, whose story we have shared his with you in our last set of stories (June 2017). He was released from prison and spent a few weeks with our team, where he was introduced to the local church. He testified about the goodness and mercies of God that he witnessed during his imprisonment, including the kindness of the MEPM team who visited him constantly and provided him with an allowance, clothing, calling cards to call his family, and most importantly, encouragement and prayers. MEPM provided a plane ticket, accompanied him to the airport, and prayed with him before he got onto his flight.

The second inmate was a domestic worker from Kenya. The MEPM team had promised her a few months ago that they would help her with her plane ticket if she got released. The prison management called us and informed us that she would be released in July, so we arranged for her ticket, picked her up from the prison, and accompanied her to the airport. She was so excited to receive the news of her release from our team when we called her to inform her of her flight details (the prison management hadn’t informed her of the soon to come release). She was thankful and grateful for all the encouragement and prayers she received from our team and thanked us repeatedly for arranging for her trip to go home to see her family.

Please pray for our upcoming visits for the 15 prisons all around our area. We will starts our visits on August 7th and go until the 22nd. Please pray for protection, wisdom, open hearts and divine appointments.