A total of thirty-five people (ten of whom were children) attended our recent retreat for believers, despite the risk of gathering together. Some believers even brought non-believing family member, who were then exposed to the truths of the gospel. With such activity, we look to motivate believers to share their faith with their family and friends.

In the area of leadership associated with this project, ten nationals received training in different areas. Four people were trained in ortophony (articulation and correct speech), two in accounting and four in teaching work skills to others. 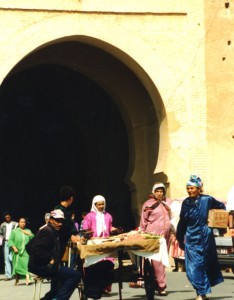 Due to cultural perspectives about work and the general difficulties of living in the desert, it is sometimes difficult to motivate people to engage in some of the activities that we offer. We would like to see a greater number of people involved. One ethnic group that we work among, for example, generally displays a lack motivation and a strong work ethic. Still, we opened a center for training in work skills for youth with disabilties and their families, and, in the coming semester, we plan to begin a second-level sewing class. This training would be provided for those who completed the first-level class, while new students would start with the beginner’s course. Finally, we would also like to open a technology education classroom, which could begin generating an income for the financial sustainability of the center.