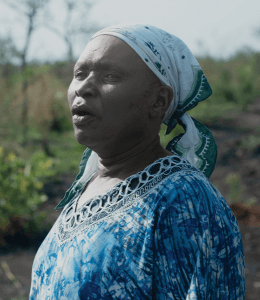 Natalene lived in South Sudan with her five children. They were making ends meet through their small farm. When a civil war broke out, hostile political groups began to comb through the land causing chaos. They would take families from their houses and murder them in the streets. Quickly, Natalene gathered what little food rations she had on hand and fled with her children in the night. For four long weeks, she led her children along the jagged banks of the Nile River, heading to a refugee camp in Uganda. They avoided the main roads as much as possible due to extreme danger.  “We knew if we walked on the main road, we could be abducted, taken to the bush, and slaughtered,” she said.

They began to starve

Before long, their food was gone. The family began to starve. Natalene tried to be strong for her children, but she wasn’t prepared for this. By the time they got to a refugee camp and then were transferred to a different camp, two of her children had become extremely ill.

Natalene cried, “They got sick along the way and when we got to the camp, there was no medicine. They died there.”

She was brokenhearted and desperately needed help for herself and her surviving children.

Support in her grief

Our Ministry Partner, AIC-South Sudan, supported her in her grief. They comforted her and provided nourishment for her and her surviving children. “They encouraged me to stand strong in times of joy and sorrow,” Natalene said. “This strengthens me to bring up my children. They taught me how to find strength from the Bible.” Natalene is just one amazing woman, among countless others, who need the help and support of Jesus and His Church.

Before December 31, 2018, we are seeking to raise $355,000 for the training of women just like Natalene through the Global Women’s Initiative. Your gift before December 31 will go twice as far because of a Challenge Grant of $90,000.