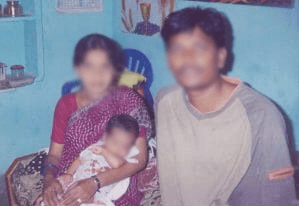 Our ministry has been continuing with our Master Trainer program, which is meant to equip graduate level missionaries to reach the unreached people groups in India, and to train them in income generation technologies. A few years ago, Pratap*, who is the son of a pastor, went through this program, and his ministry has seen great success as a result.

He remained faithful in the commission that the Lord has given to him, and after the training, he began ministering among remote people groups. Over the last five years, he has been blessed to plant five churches where there were previously none, and there are currently almost two hundred people attending services between them every Sunday. Outside of Sunday services, he is also mentoring seven people to be leaders in the church.

This has not all come easily, as he has faced significant opposition from the locals not interested in the church. Most of the people where Pratap* was ministering were opposed to the work he was doing, and caused problems for the three worship groups that he started in the homes of new believers. Through it all, God has been protecting him from danger and has kept him motivated to continue with his work.

Church planting is only part of the Master Training program, however. Participants are also trained in income generating activities because, even though ministry takes up so much time, that is not how graduates of this training will make a living. Pratap* owns two acres of land, and with the new techniques he acquired during his training, he is using grafting as one of the income generating activities.

Pratap* says, “The training I went through to get to this point was such a blessing, and the skills I learned at JVI have been invaluable. Because of them, I am now able to use grafting as an income generation method. Thank you, JVI, for equipping me with this skill.”

*Names have been changed for security reasons