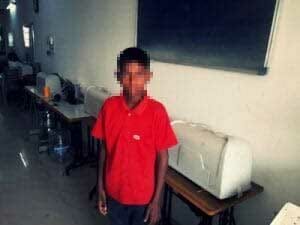 Looking back at their history, Oasis has pioneered a large range of programs and activities among the disadvantaged that have been a source of inspiration for others to replicate. One success story is about a ten year old boy who lost his mother to disease and father to alcohol addiction, just a year apart. He lived with his aunt nearby and refused to go to school. Alone and sad, he would spend most of his mornings at the burial grounds. He was living his life with little or no guidance. He got involved with local gangs, not realizing the risks he was putting himself in.

After several days of rapport building, He and I had a casual conversation about his dreams in life. Talking about it helped him realize that without going to school, it would be impossible for him to achieve these dreams. The road to making him a regular attendee at school was not easy, as he had behavioral issues. However, nothing is impossible with persistence! With continuous attention and counselling, he is now half way towards a promising future!

There are several drop-outs like him who, in their free time, resort to drinking, smoking, and other harmful habits. We conduct sessions to help parents and children realize that education is the answer for a better life.